Random doodles from work, done on small slips of paper. 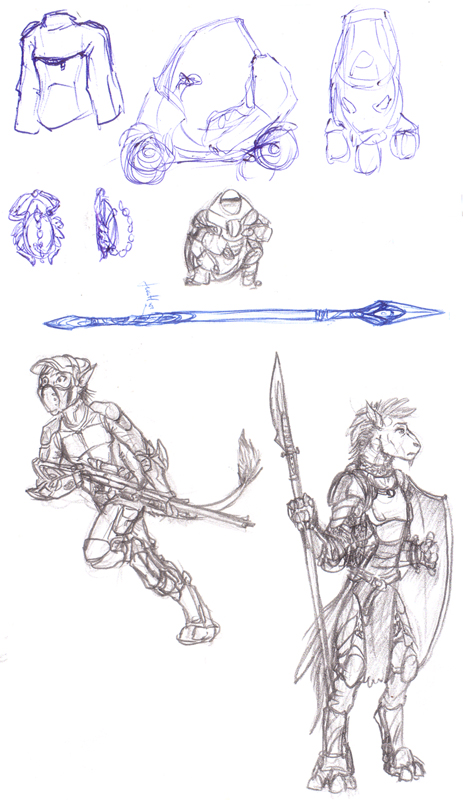 The Wraith Gang have returned home victorious, though Medoch ain't too sure on Rence's new attempt at hobbywork x3 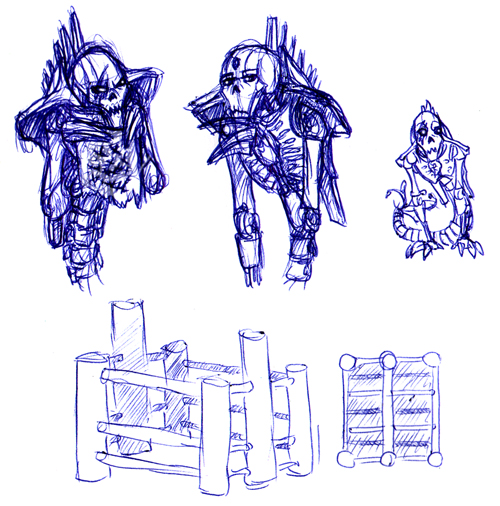 Been fiddling around with the idea of re-creating necrontyr for the purposes of a story-project, though it'll be
a while before anything becomes of it. There's a ton of stuff to trace back and build up before it'll be comfortable
running around this fan-headworld. 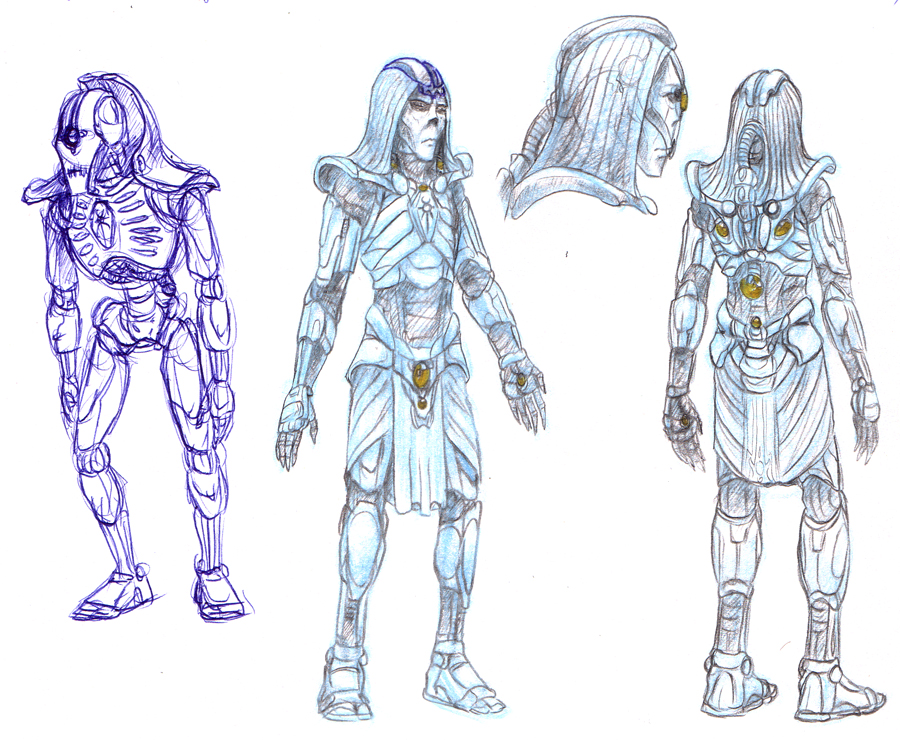 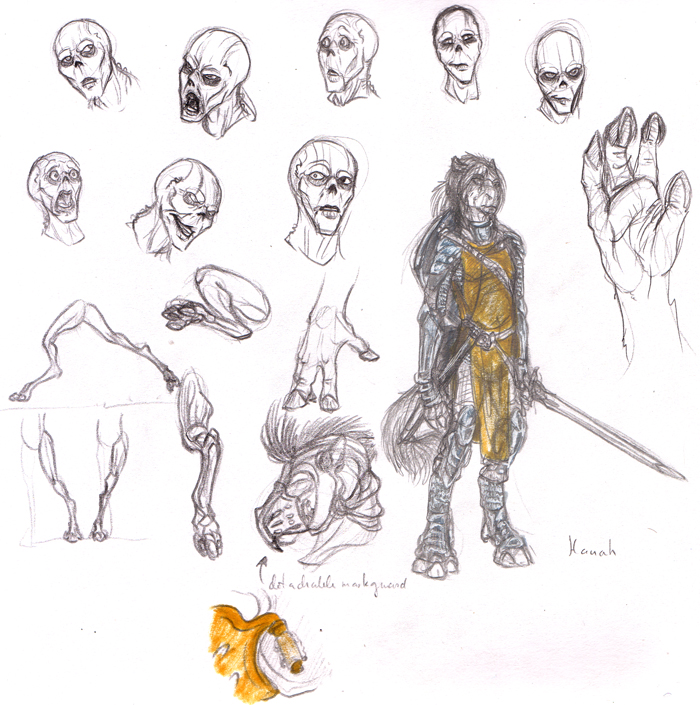 Really having fun with the idea that living metal could have been utilized as the undergarment for armor, basically
a 'bodyglove' type thing to protect them from radiation and such as much as possible. Plus, would have been the first
thing to melt and meld into the flesh during biotranference, thus forming their framework 'shape' as necrons, in a way~ 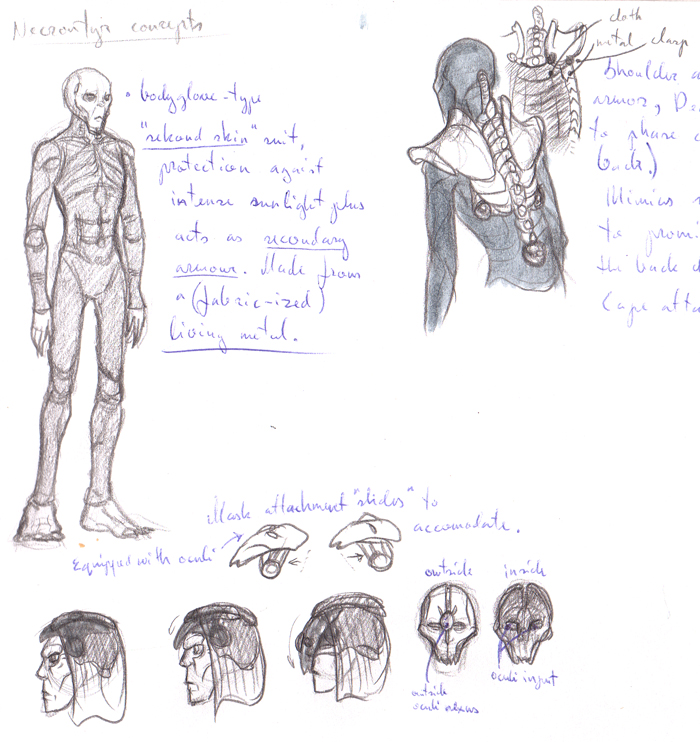 The crowns are going to be annoying, partly because I don't much like the 'fan-shapes speardresses' of current
lords and overlords, partly because any alternatives drawn so far might even be worse x3;
Deathmarks are awesome to trace back, tho, their design is a-ok~ 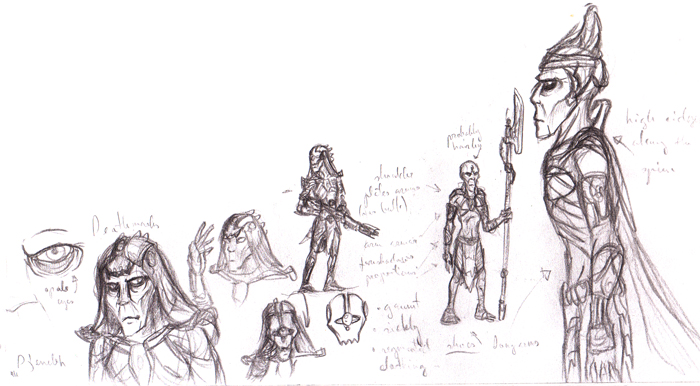 Tried designing staffs for the different Harbingers, based around the symbol of the respective school.
Going to be hell of a challenge to recreate these for the models, though in drawn form some could still
use some editing and redrawing to make them more solid.
Also a horse~ 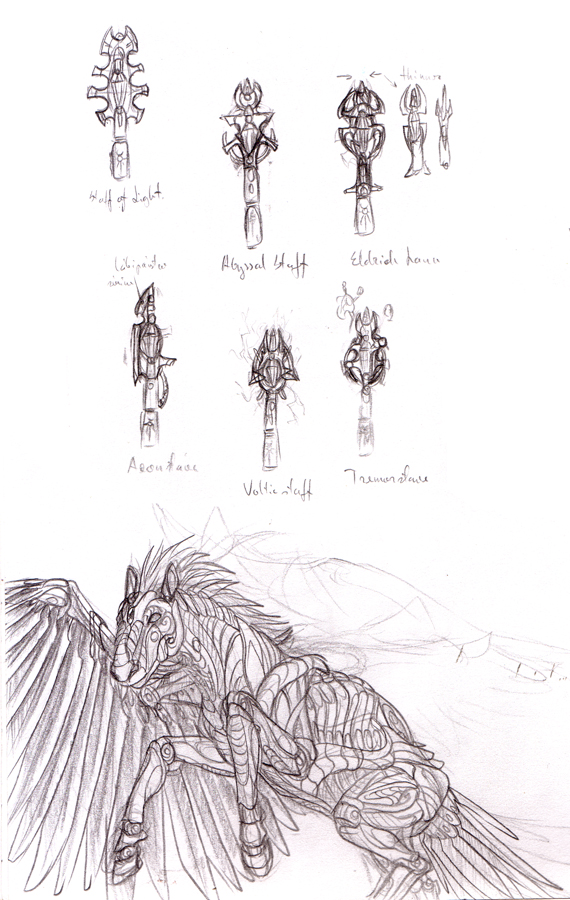 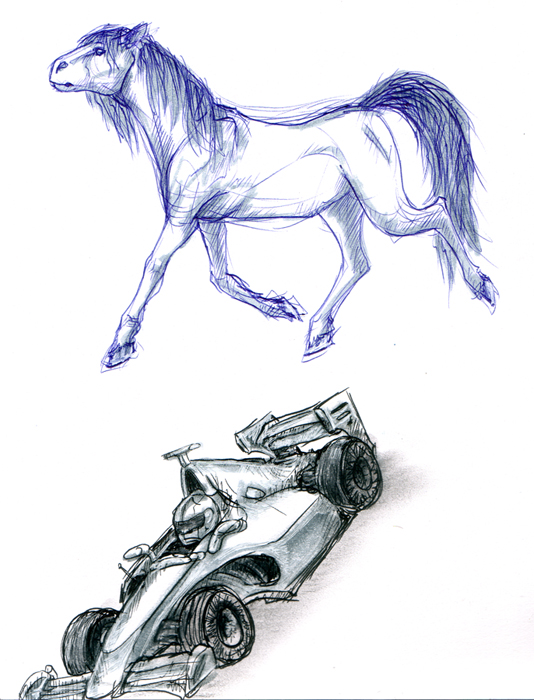 A sketchbook work doodle from a particularly slow day x3 Tried to put emphasis on some realism since Sadoe's
mostly been a very classical 'cartoony' styled character thus far, but has a really disturbing if not borderline horror-y
nature as a world entity. 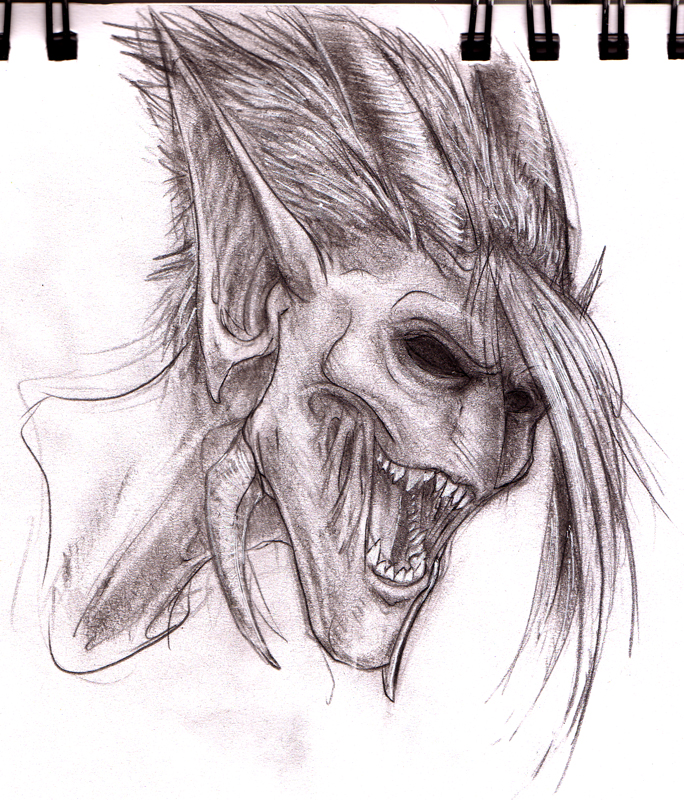 Some scarab doodles and future Vardays~ 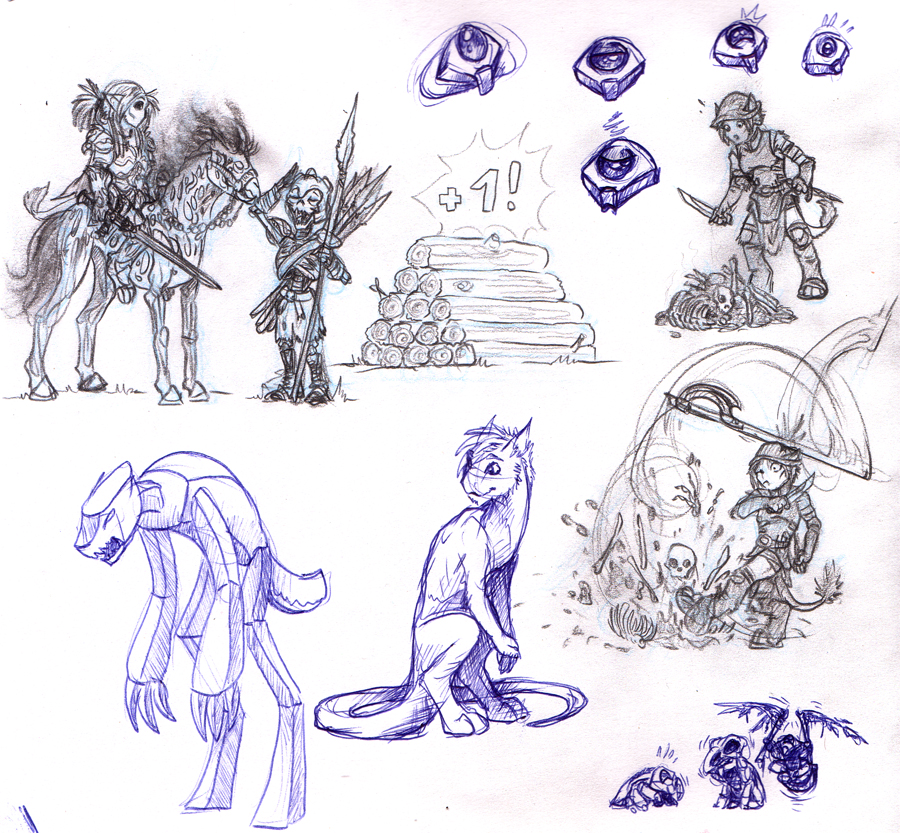 Tanekians still continue to be annoying buttheads to nail down the basic physical nature of. Personally I blame
the ridiculous nature of the planet just making them defy a lot of things. Other doodles from random stuff. 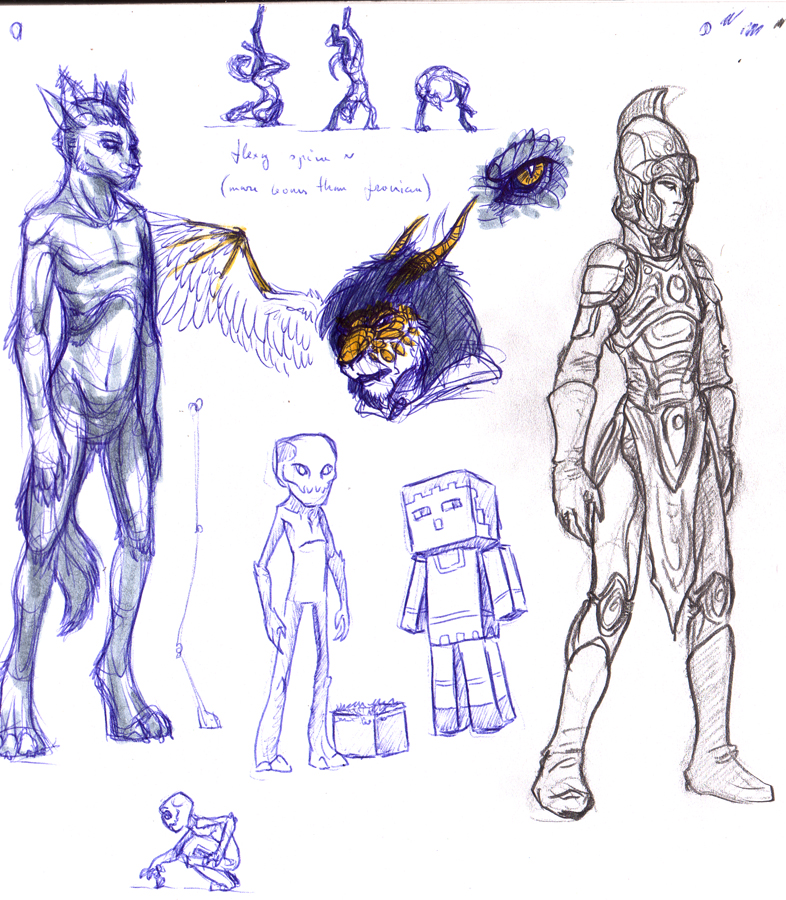 Cap-fillers from a preciously posted sketch, some 'lung, some random, some Otherworld~ 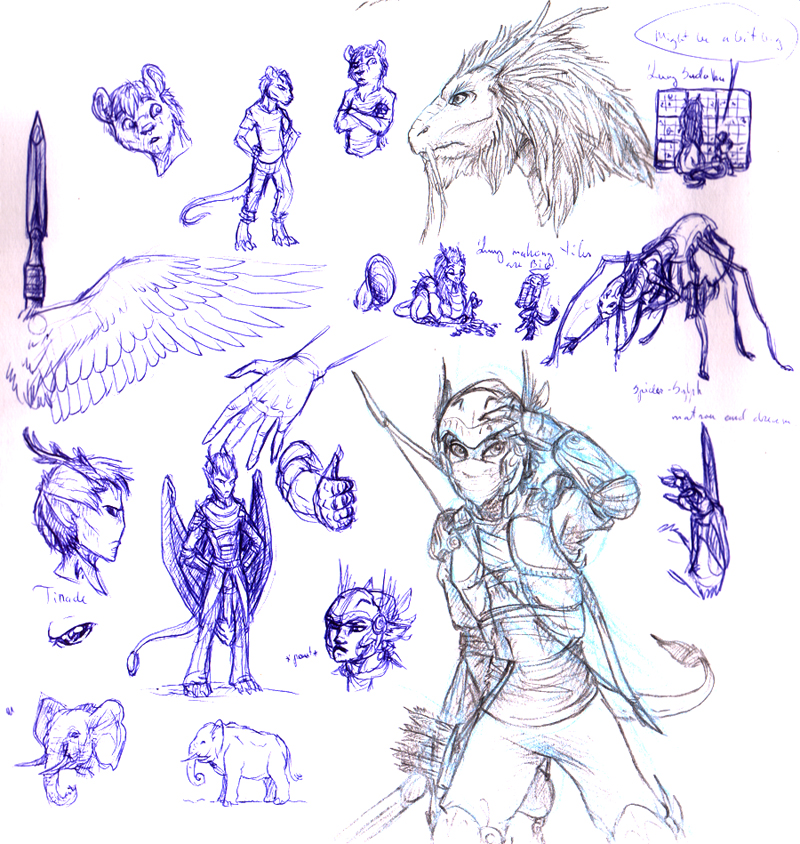 Miner's story has been progressing nicely and now has a fairly solid concept for the start of it, just need to figure out a
few more mythos-related details. The Spider-Sylph from a much older sketch returns as a kind of matron dream type
character, and is great at weaving (which would explain why none of the other miners have hats, for example~)
The Sight's still a hungry butthead, tho. 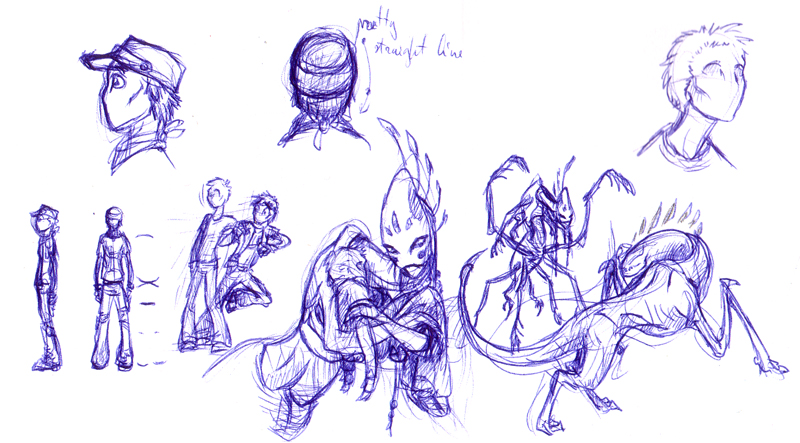 Random critter doodles, not sure what to do with the bottom one other than he's pretty fun to draw x3 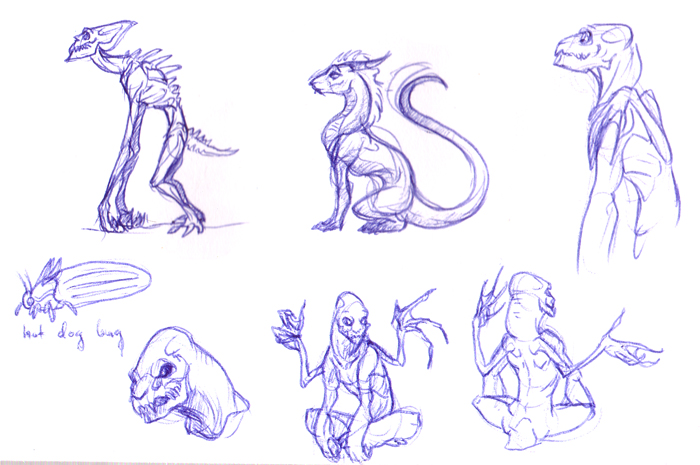 Gave myself a little challenge to draw as many silhouette heads as possible, each one different from the previous in
at least a few ways, in order to practice getting variety into my hooman faces. 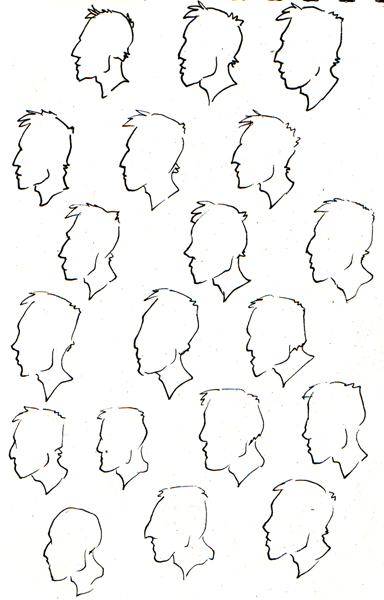 Doodles from a DnD session and a bonus Flayed One build plan x3 I don't own any, 'cause at present they're not so
good on the field, but thought it'd be fun to try and make one from scratch much like Rence, in order to just have one. 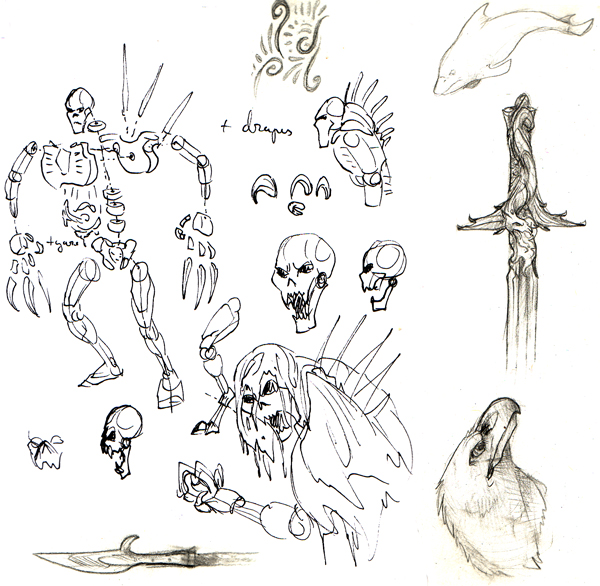 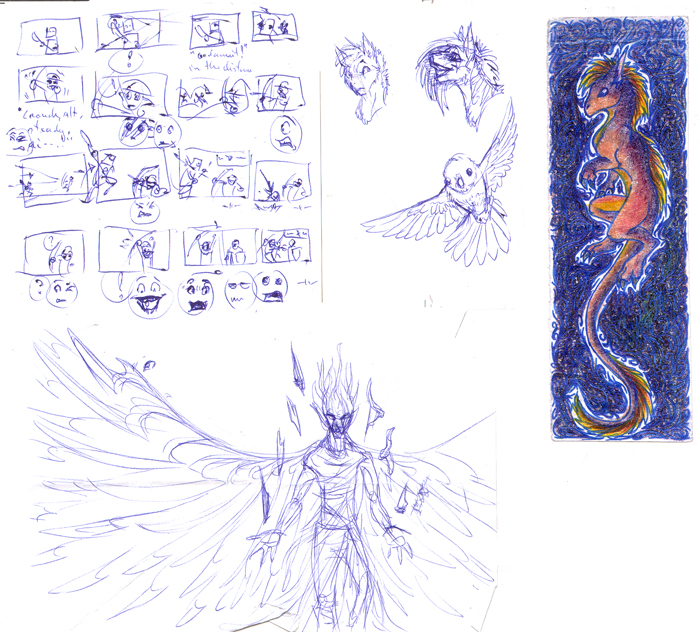